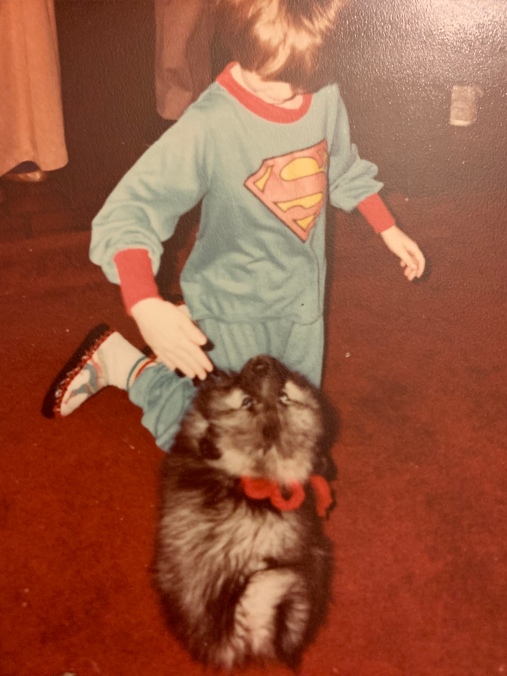 I was around seven years old when I discovered my love of tiaras.  Growing up a homoselectual in Jackson, Mississippi, circa the 1980’s wasn’t all glamour and glitz, but we had some serious jewelry.

I say homoselectual because the various church pamphlets my mother would eventually leave laying around for me to find all emphasized that my gayness was a choice, or, more specifically, my choice to abandon Jesus and embrace the dark, wide path of hedonism laid before me by Satan.  Of course, those wouldn’t start mysteriously appearing until I was in college.  In elementary school I was just deemed a sweet and sensitive “momma’s boy,” all of which was true.

My mother ran what would now definitely be considered an illegal daycare out of our den.  It wasn’t “illegal” in the sense that it was shoddy care—my mother loved each of those children like they were her own—but in that she refused to get a license.  As a general rule, people from Mississippi don’t take kindly to jack-booted, government types goose-stepping in and telling you what you can or can’t do in your own house (an argument that I would later use to further my homoselectual agenda, but that’s a different story).  So, my mother set up her daycare with her statutorily inadequate kitchen facilities and no discernible security measures aside from a giant, red Doberman and, in spite of any would-be regulators, placed a playpen right next to our unlocked gun cabinet (that was okay, too—she kept the shotgun shells and rifle ammunition in a separate drawer).

Eventually she would have some kids roughly my age that I could hang out with, but for a while it was just her and me and an assortment of babies, toddlers and pre-schoolers and that, let me tell you in colloquial 1980’s flair, was not totally awesome.  In short, my mother found in me the child labor she could never extort from her clients.  In the summer, I had to wake up by 10:00 (poor me) so that she could put a little one down in a crib in my room and then force me to help with “Snack-a-rooni” time, a mid-morning meal that consisted of two cookies per child and a sippy cup of over-sweetened, watered-down, preferably Tropical Punch Kool-Aid.

Still, dubious labor practices aside, my mother was always aware that I needed assurance she was my mom first and she never let me down.  Whether that meant sneaking me a third Oreo or clearing out her bedroom for thirty minutes after school so I could watch “The Transformers” uninterrupted, she always took care of me with a wink and a smile.

The best example of this was nap time.

Every day Lunchie-Munchie time (a random selection of Kraft Macaroni & Cheese, Totino’s Party Pizza or can of Chef Boyardee sélection du jour) was served promptly at noon.  At 12:20, those who were potty trained went pees and poos in exchange for M&Ms (two for number one and four for number two) and those who could not were efficiently changed and diapered.  Each child then pulled out their assigned sleeping mat and was sequestered in our living room for a two-hour (you read that right) nap time, during which time my mother enjoyed a simple lunch that always looked better than what I had eaten while watching “Days of Our Lives” and “Another World,” the latter of which I sadly discovered was not a science fiction show.

As rigorous as this schedule was, when I was home for summer, it was slightly modified to extend nap time by thirty additional minutes (yes, you read that right, too) to 3:00.  It was during this half hour window that I had 100% of my mother’s attention.  We would sit together on our hideous 1970’s orange and rust, plaid tweed couch and watch Lynda Carter, “in her satin tights, fighting for her rights,” saving the world as syndicated TV’s “Wonder Woman.”

Oh, how I loved that show.  The gold breastplate, the spinning, the red boots that would change from high heels to flats whenever her stunt double jumped in, the silver “feminum” bracelets and sweet, God in Heaven, that weaponized  gold tiara.  And no one, I mean no one could pull that off except for the one and only O.G. Lynda Carter.

By 3:00 the show would be over and the children, exceedingly well-rested, would be plotting a mutiny.  I would quickly set up afternoon Snack-a-Rooni time, then throw a bag of popcorn in our enormous microwave for myself and head back to my mom’s room for my Transformer time; only, after seeing a live-action Wonder Woman, re-runs of animated robots could only hold part of my attention.

This would inevitably lead to me setting my popcorn aside, careful to wipe the faux butter off my fingers, and plundering my mother’s closet and jewelry box looking for four key items:  1) a pair of red rain boots; 2) a set of wide, silver cuff bracelets that could have come straight off the dance floor of Studio 54; 3) a long, gold chain belt that could be wrapped around several times and worn like, oh, I don’t know…a lasso; and 4) my sister’s rhinestone tiara she won as homecoming queen.

I put these items on like it was the armor of the Amazons.

I was a superhero.

I was Diana, Princess of Themyscira.

It was not until my mother walked in as I was spinning around, imagining the thunder and flash transforming me into my favorite television hero that I realized I was also…cross dressing.

Now, today we would call this “cosplay,” but in 1984 Jackson, Mississippi, on a Thursday afternoon in my mother’s bedroom mere hours before my father was due home, this was what it was: a young boy dressing in women’s jewelry and spinning around like a ballerina on prescription opiates.

My sweet, sweet mother, horrified but straining not to laugh only asked, “What are you doing?”

To which I simply answered, “Playing super heroes.”

She didn’t say anything other than I needed to take off the tiara so I wouldn’t break it, but I could not help but notice that we switched to watching “Batman” after that.  She even left out a black cape and mask for me to play with, along with a pair of new Superman pajamas.  Regrettably, though, I never found Adam West or Christopher Reeve as captivating.  Still, it was really the time alone with my mom that I enjoyed.

My husband, who loves this story because it’s so humiliating, gave me a Wonder Woman statue for my 44th birthday, along with replicas of Lynda Carter’s bracelets, tiara and lasso.  I suppose that’s proof if ever there was of the adage, “it gets better.”

Interestingly, there was a warning in the box that the materials the items were made from “are known by the people of California to cause cancer,” but that didn’t stop me from putting them on and spinning around like I was seven years old.